A London Wedding: Sarah and Michael at Kew Gardens

I don’t often venture into London to sing at weddings, but when I do, the venues can be breathtaking. That is certainly true of Kew Gardens, where I recently played for the wedding breakfast and first dance of Sarah and Michael.

Earlier in the day, guests were treated to a tour of the gardens while the couple had their photos taken. The evening reception was held in The Orangery, which functions as a cafe during the day for visitors to Kew. The building is absolutely stunning, and its high ceilings and hard floors were perfect for carrying music to everyone’s ears. 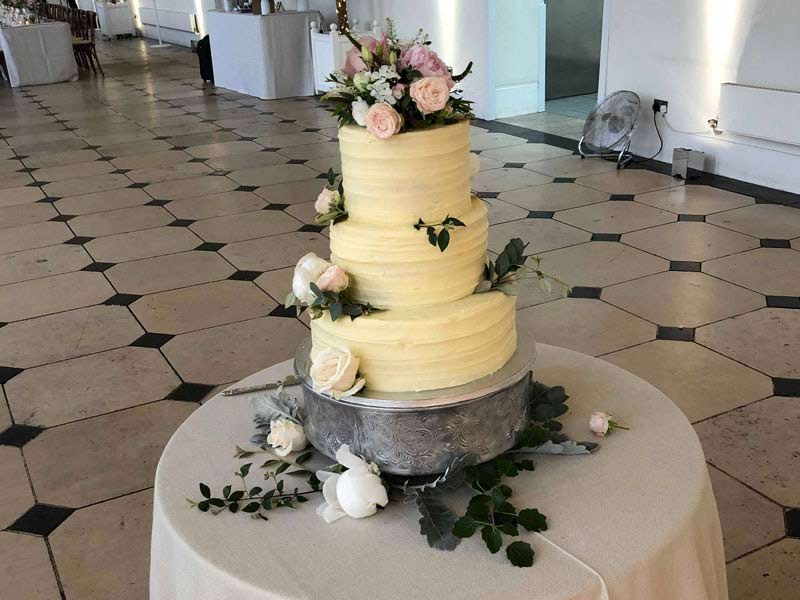 The cake looked ever so tasty. It is always placed temptingly close to where I’m singing! 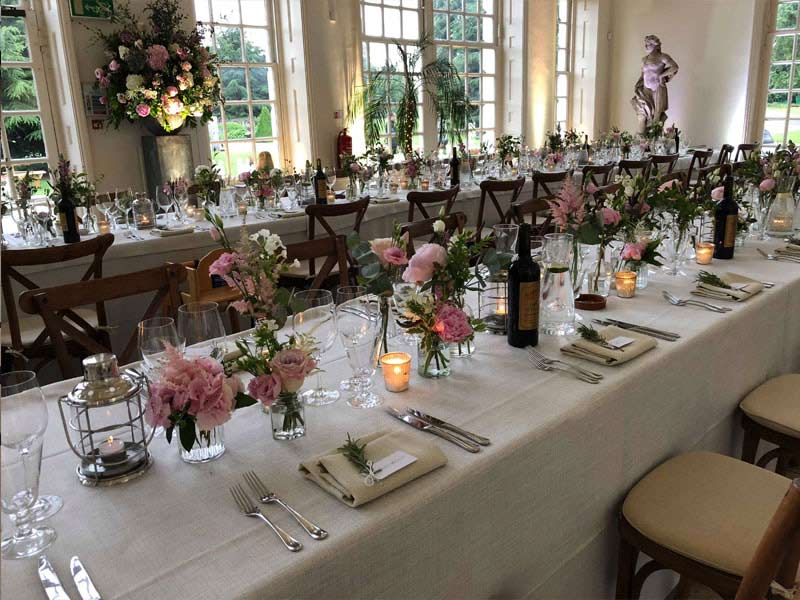 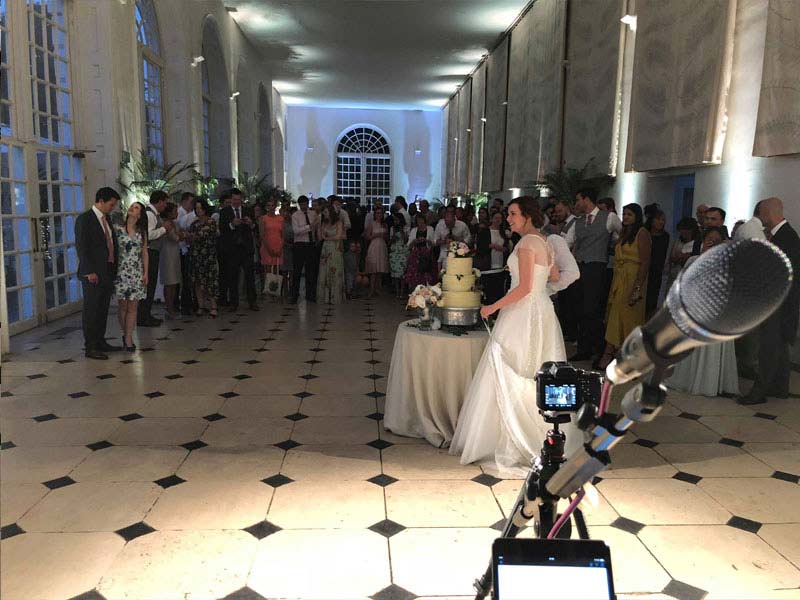 Building up to the first dance…

Security at the venue is very tight and only a few cars are allowed on site at a time, as the public are still walking around the grounds during set up time. I received an escort courtesy of an electric buggy, which felt very rock and roll indeed! I set up in The Orangery and waited for guests to arrive. Sarah and Michael did not have the customary large round tables that usually seat eight to ten guests. Instead, they had two long tables, in the style of a Viking feast. The tables were elegantly decorated. 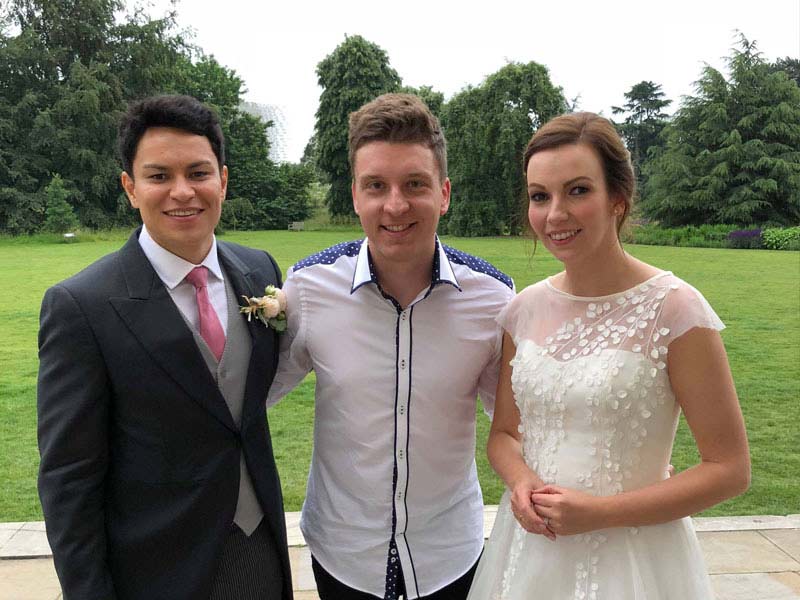 Michael and Sarah: a charming couple who were extremely welcoming. 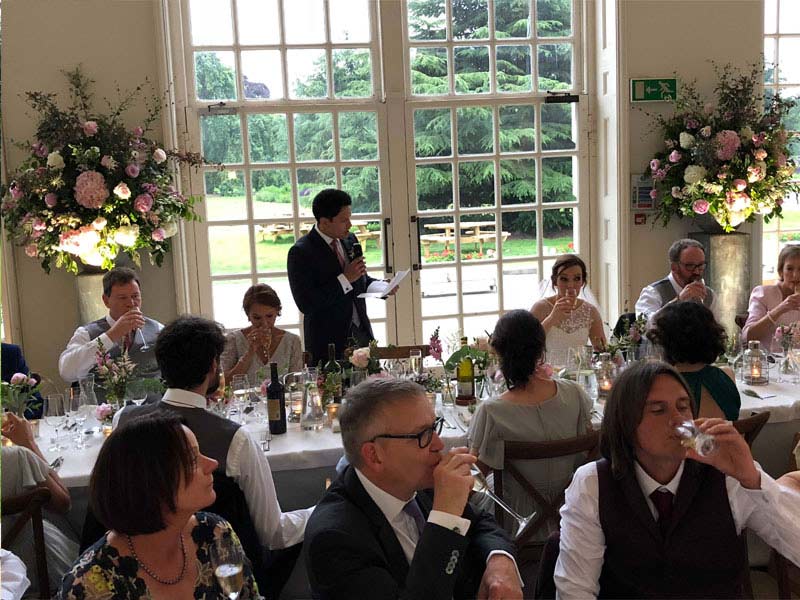 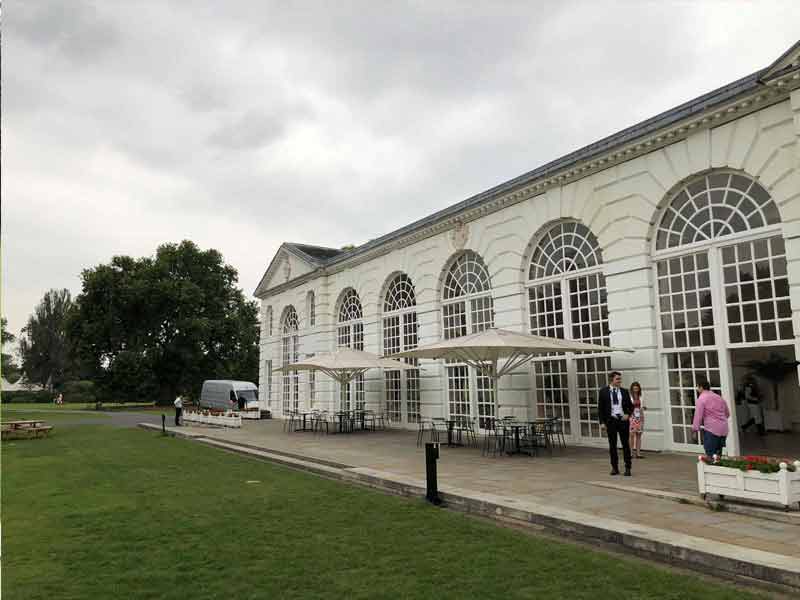 It was a cloudy but very warm day. Kew looks picturesque whatever the weather.

I played two sets during the meal, which followed the speeches. There was quite a wide range of ages, so as well as playing the usual Ed Sheeran, George Ezra, Tracy Chapman, John Mayer and so on, I also played songs by Paul Weller and Dire Straits to cater for the more ‘experienced’ audience members!

I then moved down to the other end of the hall to play Sarah and Michael’s first dance after they had cut the cake. The couple had organised a Ceilidh for the evening entertainment, and this was provided by Rabscallion, a great bunch of musicians and very nice people too. They kindly allowed me to use their PA system to perform the first dance, for which Sarah and Michael had chosen ‘Die A Happy Man’ by American country singer Thomas Rhett. I don’t often get asked to sing country songs at weddings so that made for a nice change.

My favourite photo of the day shows the tables ready for guests to arrive. 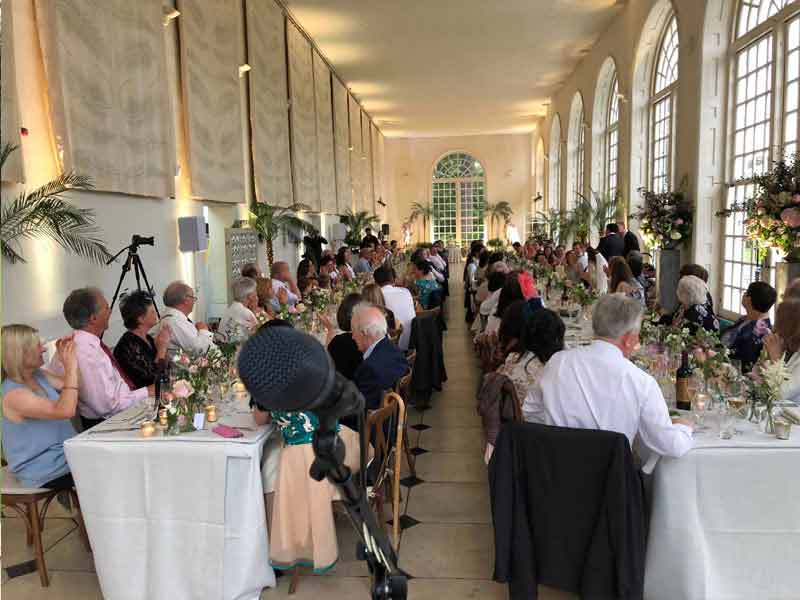 The hard walls and floor meant that the sound carried and my songs could be heard all around the room. 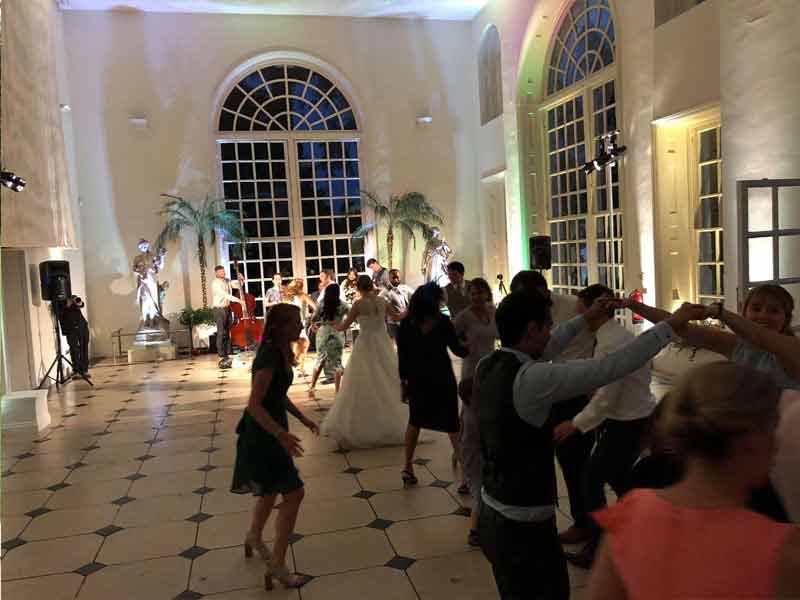 A Ceilidh is a popular option for evening entertainment, and Rabscallion did a super job.

And that was it, job done. The pleasure of singing at weddings is the fact that you get to visit places that you might not otherwise see. The team at Kew were very well-organised and easy to work with. Whether you are getting married or not, the gardens are well worth a visit. For this wedding, it provided the perfect spot.