It’s not often that I venture to Kent for a wedding, but what a pleasure this was, and what a venue! Preston Court is a sprawling estate located not far from Canterbury and features a lovely main house, outside barns and a quaint courtyard. The owner of the venue is also a steam train enthusiast, and has an impressive collection of locomotives spread around the place.

For Sarah and Sam, I was booked to play during the wedding ceremony and the afternoon reception drinks. The ceremony took place on a little island surrounded by water and accessed via a white bridge. Guests were seated on the other side of the water, while the bridal party, including those who were performing readings, made their way onto the island. The couple chose A Thousand Years by Christina Perri for the procession, Perfect by Ed Sheeran and The One by Kodaline for the signing of the register, and Crashed The Wedding by Busted for their exit. The Busted choice was a particularly interesting one – not often that I play Busted at a wedding but it was good fun! 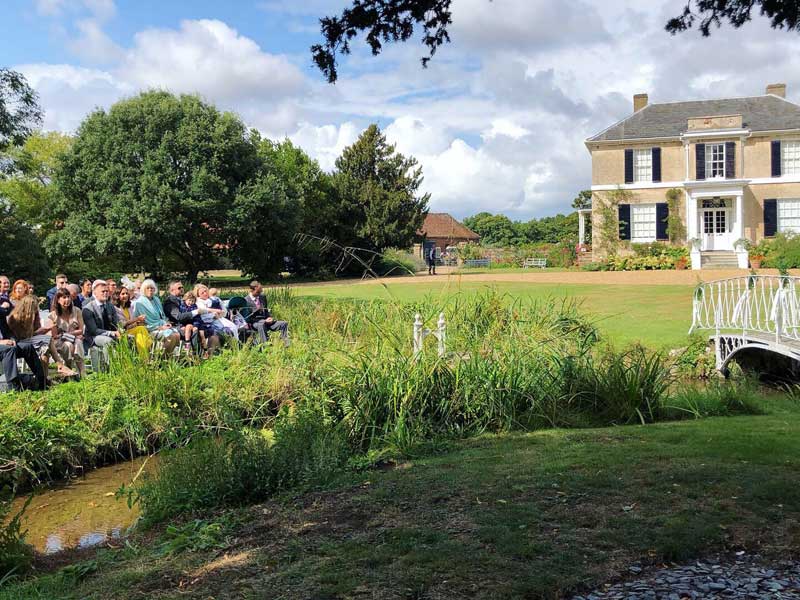 A picturesque setting for a wedding. 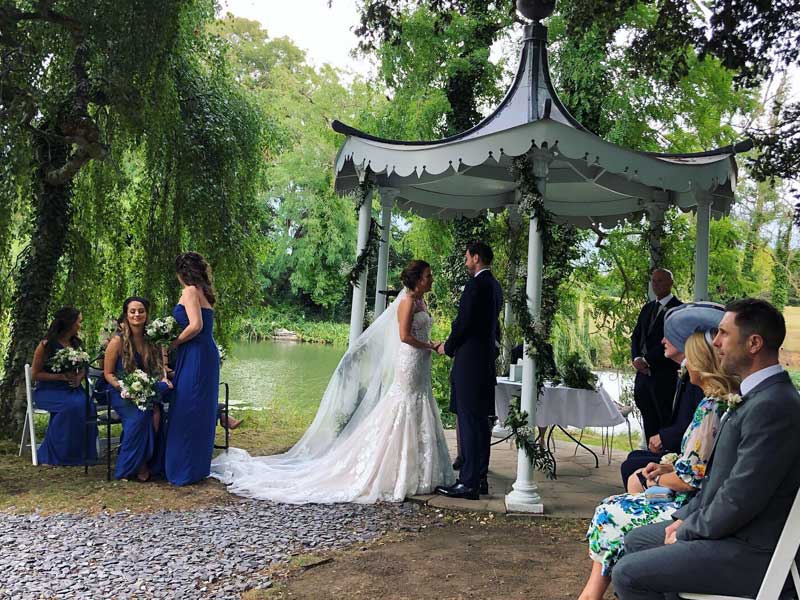 The ceremony took place on a small island.

Reception drinks then took place, initially on the lawn. I remained on the island and played a few more songs. Then the rain started to fall, so the wedding party decided to move onto the courtyard. There was plenty of entertainment to enjoy in that area, including a carousel, hoopla and various other fairground attractions. It’s a good idea to have plenty for guests to do during this time, keeping them occupied before the wedding breakfast starts. I decided to join guests in the courtyard and play some songs acoustically and unamplified. Requests included Frank Turner and Foo Fighters, another two artists that rarely get an outing at weddings. Very refreshing. 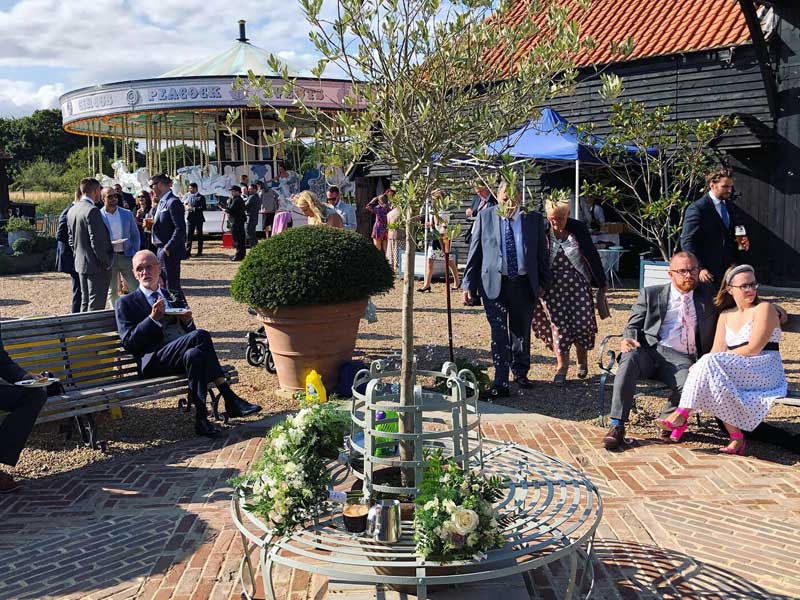 There was plenty to keep guests busy in the courtyard during reception drinks. 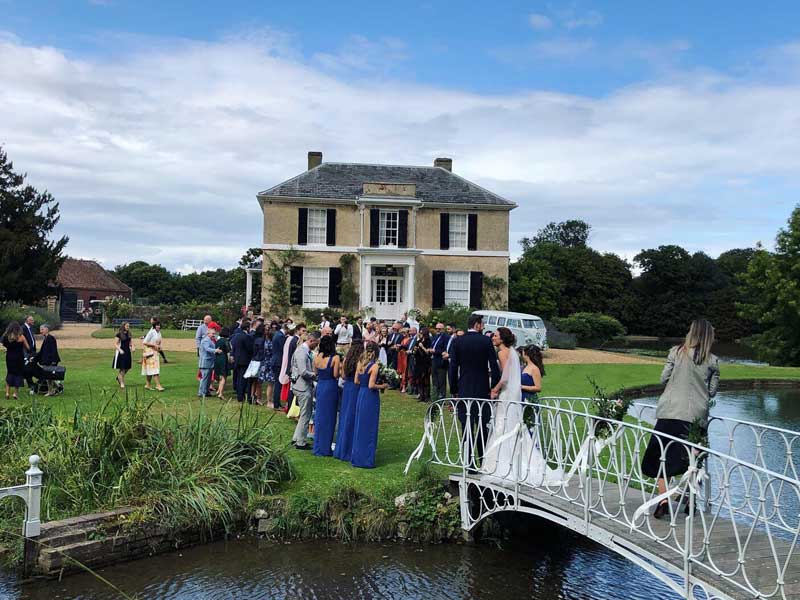 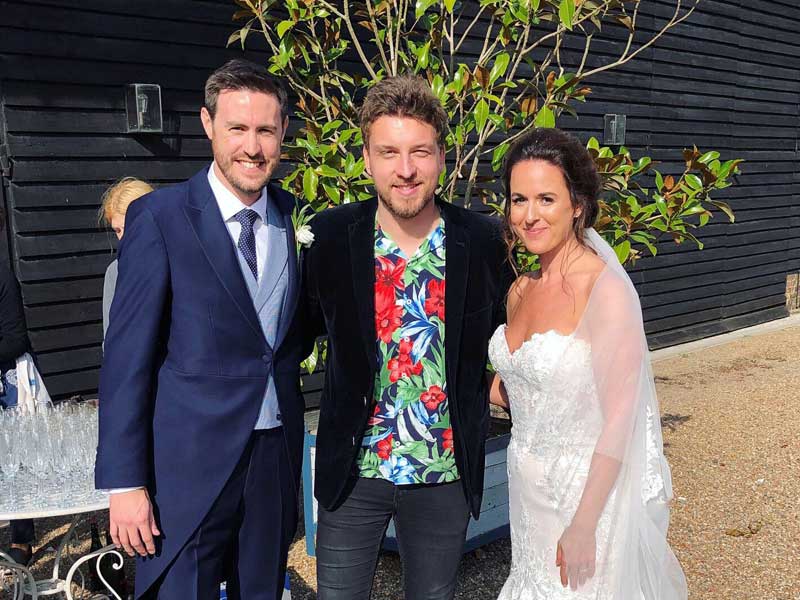 The sun came out for Sam and Sarah.

Are you planning a wedding in the south east of the UK? Thinking about booking live music for the big day? Contact me here.


Website Designed and Developed by
Pixel Global IT Services